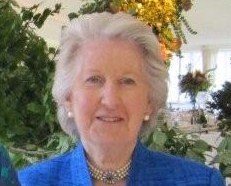 Mary Sheepshanks was born in 1931 and brought up at Eton College where her father was a housemaster, but childhood holidays spent at her grandparents’ house in Snowdonia gave her a love of the countryside and wild places, which has been an influence on her writing.  Her recently published memoirs, Wild Writing Granny feature wartime Eton College, lessons in Windsor Castle and her early married years as headmaster’s wife in Sunningdale School, followed by her time in Yorkshire running the Sheepshanks family home.

Mary wrote stories and verses from an early age and her first published poem appeared in The Sunday Times when she was seventeen. Her first novel was accepted by Century and published in 1995 when she was sixty-four. Since then five more novels have been published in the UK and USA to critical acclaim and translated into seven languages. Her fifth and sixth novels appear under her maiden name of Mary Nickson and she is currently working on a seventh novel.

Mary has also written a commissioned book on bereavement for Michael Joseph, which became a Penguin paperback. She has had five collections of poetry published by Fighting Cock Press and her poems have appeared in various anthologies and poetry magazines, and in journals as diverse as The Spectator, The Countryman, The Times, Yorkshire Journal and Farmers Weekly.  Mary moved from the Yorkshire Dales to Scotland in 2006. She has three children and eight grandchildren – one of whom used to refer to her as his ‘wild writing granny’ hence the title of her memoirs.